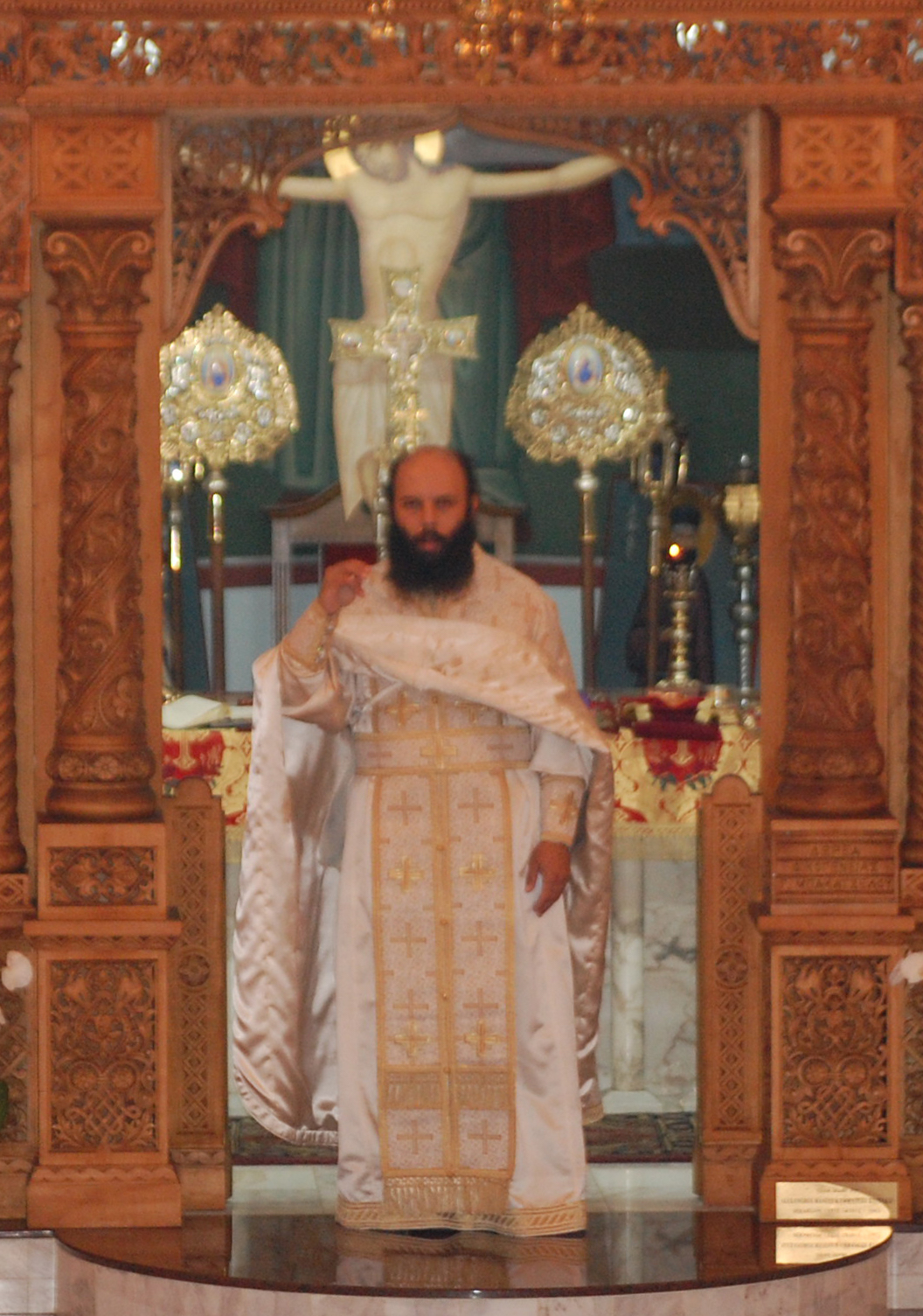 Father Ioannis was born in Addis-Ababa, Ethiopia, in 1974 and attended Greek school there until 1982, when his family moved to Athens. He lived in Athens for 14 years. At the age of 15 he was called to become a priest and attended seminary while working in prison ministry.

After graduating in 1995, he accepted a full scholarship to the Holy Cross Hellenic College in Boston, MA where he received his bachelor's and master's degrees in divinity.

He was trained in the teachings of the Orthodox Church both at the seminary and as a member of the Greek Orthodox Church in Greece. He also has many years of experience volunteering in both the United States and Greece, serving as an altar assistant and cantor.

Father Ioannis is married to Presvytera Efrossini and together they have two children, Anna Maria and Stefanos.